It’s been a busy week. Lots of visitors and final preparations underway for the two new programmes being delivered in Autumn. One of the boys is just back from the States with stories of beer taps in the centre where he worked for the summer. Simone is having none of it. She thinks she’ll be changing kegs every other day. And your man upstairs is still waiting for his ice machine so he can have whiskey with his boyz. Jeez, it’s far from ice machines and beer taps they were reared.

The new signs have arrived, the start of the next phase of facilities upgrading. Lots of ideas so watch this space! The kids have been busy this week. It’s Seedcorn competition time. Despite all the times I’ve asked them to be organised they land up with days to go looking for help reviewing business plans. At least they’re used to me getting the red pen out! With last year’s seedcorn winner in the house I think they’re hoping to make it a double. In fairness, with all the work they’re putting in, they deserve the chance. And then there are the funding applications being submitted. Never a dull moment. 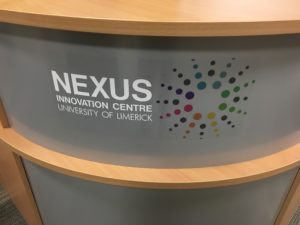 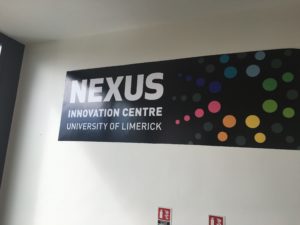 Some of the kids have left the nest this week. Mind you being used to home comforts, they haven’t gone far. Must remember to give them the odd wave. Their new gaff is looking good. They’re only out the door when the new boy has got his feet under the table, swanning around with a camera over his shoulder. I’d want to keep an eye on him or he’ll have the whole place painted red!